Believe in something, even if it means sacrificing everything. #JustDoIt

A few months ago I wrote a post about Freedom of Speech which included Roseanne Barr, Samantha Bee and of course a section on Collin Kaepernick.  In light of Nike choosing to work with Kaepernick for their 30th-anniversary campaign, and people burning their sneakers or cutting up their clothes, I felt the need to speak my mind about the way I see it – well because that’s what I do.   You’ve been warned!  (previously mentioned post can be found at the end of  this one)

How much “sacrifice” is enough? 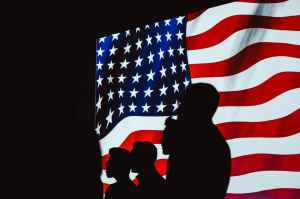 Let me start by saying that I support our Military and veterans.  I believe our veterans and their families make the ultimate sacrifice for our freedoms.  Not just freedom for a handful of power-hungry individuals, for but for all Americans. I will add that it’s a shame that the money generated by owners of professional sports franchises and professional athletes themselves is obscene compared to what “benefits” our active duty military and veterans get.  I believe that one does not “honor” our country, our Republic by honoring a piece of cloth waving on a stick.  We honor our country by honoring its people – all of our people, all the colors, shapes, sizes and abilities. The dreams of our people have made us a great nation. We celebrate strength and persistence in our people. I believe that is the message of the Nike campaign.

Let me follow that by saying, just to be clear; I do not purchase Nike products.  Not now, or as long as I can remember.  They don’t suit me.  The shoes are too confining, the shirts and pants geared to more athletic types, which I am not.   It’s a personal choice to be comfortable especially when I’m paying my hard earned money for a product.

Having said that, I have to admit that Nike has excellent marketing and a catchy slogan.  I’ve used it myself when I’ve been obsessing about something I want to take on; for example, a new job, a major move to a new city or merely to get back on the treadmill and be more mindful of my food choices.  Usually, it happens that after weighing all the pros and cons, sleeping on it, consulting each and every one of my friends and family, I get up one morning and after I’ve brushed my teeth, I stare at the mirror and say sternly to myself “JUST DO IT!”   Suddenly I’m all pumped up and feel strong and confident like an Olympic athlete.  Actually, that’s how I started blogging one day.

I want to share the full commercial that Nike is putting out as part of this controversial campaign.  I find it pretty neat.  It’s bigger than Collin Kaepernick, and it’s bigger than DJT.    https://youtu.be/Fq2CvmgoO7I

Over the past couple of days, the networks and all kinds of social and news media have had lots to say.  One of the first conversations I heard was that people took offense to the slogan that suggests that Kaepernick lost everything, but they contend, that Kaepernick had nothing to lose.  I don’t know much about the game; the sports reports indicate that he was a second-rate quarterback that had one good season and then was underperforming each year after that. That may be true, but I think sitting on a bench and getting an NFL paycheck is better than being without a job or sponsors even if you did walk away with one-third of your original signed contract.  ( ALL these sports guys get paid way too much anyway, but that’s another story.)

I also want to make clear that I am not a football fan, never have been – except maybe in high school because I was crushing on a couple of football players, but the charm wore off quickly as I realized I had more in common with the philosophers and artists.  The sport doesn’t hold my interest long enough to understand why all these guys run and pile on each other over and over again.  People have tried to explain it but – well let me be frank, I’m just not into it.

I give Kaepernick credit for feeling so strongly about something that he was willing to risk the dream he had worked for since the fourth grade.  Maybe he just decided there was something better to wish for, like equality and justice for all.  2016 was a terrible year for high profile police shootings of unarmed African American men.  I went back to look at the disturbing footage before I wrote this piece but I will not engage in rehashing the past.  I will say that based on my experiences, I can appreciate the fear, the pain and the rage at the loss of life in an undeserving way.

What is the issue?

The other opinion I will share is that I believe the situation became toxic once DJT decided to make it an issue.  I watched his “get that SOB off the bench, he’s fired! ” speech in Alabama in 2017 in which he also complained that the game was losing popularity because when the players hit too hard, they get a penalty. When the not so subtle hints didn’t work, he started putting more pressure on the team owners because as he said, “…It will happen…most of them are friends of mine”.

Before NFL team owners started getting pressure from the Administration to discipline, fire or get “control” of their players, it seemed that each team addressed the issue and the players’ right to “free speech” was respected. It was obvious to most that players were not disrespecting the veterans, the military, the country or the flag.  They still “worked,” paid their taxes, and obeyed the laws of this country.  Some commentators say the uproar over “taking a knee” would have eventually died down.  Of course, that didn’t happen. The team owners felt obligated to play the other game and drew up rules to appease the rhetoric.  Essentially they said, we don’t care, what you do, just do it where the public doesn’t see you.

Let’s not forget after all, that there are groups that do not salute the flag, for example, the Jehovah’s Witness or the AnaBaptist like the Amish or Mennonite groups.

Jehovah’s Witnesses intend no disrespect for any government or its rulers by a refusal to salute the flag. It is just that they will not, in an act of worship, bow down to or salute an image representing the State. They view it as similar to the stand taken in Bible times by three young Hebrew men who refused to bow down before the statue raised up on the plain of Dura by the Babylonian king Nebuchadnezzar. (Daniel, chapter 3) – From Watchtower Online

“The flag is fine, but we’re the only nation that worships the flag. It’s very heathen. The kingdom we live in, we pledge our allegiance to God, not the flag.” – quote from the PBS film “The Amish.”

All this research today, trying to get to the bottom of this leaves me with questions instead of an answer.  If Collin Kaepernick said was on a jet plane, and God spoke to him and told him to kneel before the flag instead of pledging, would it be OK? If it were Tom Brady, the number one quarterback in America, and who decided to take a knee to protest something that he felt strongly about would it be an issue. Maybe a better comparison would be Tim Tebow as another controversial figure and a mediocre quarterback who brought his personal beliefs on the field each time?  Is it really just a racial issue?  Was it more about saying “there is no problem here.”   Does Nike really aspire to inspire to unite?

4 thoughts on “Just Do It! Dream Crazy.”

Follow A Roze By Any Other Name on WordPress.com