During Thursday’s Senate Judiciary Committee hearing, Senator Kamala Harris asked Judge Brett Kavanaugh the question that crossed my mind while hearing his opening statement.  “Do you agree that men can be friends with some women and treat other women badly?”  To which the Judge responded, “Of course, but the point I’m trying to emphasize is…” At which time he brought up the 65 signatures of women who have been his friends since he was fourteen.

Here is a segment of Judge Kavanaugh’s opening statement:                                                  “Dr. Ford’s allegation stems from a party that she alleges occurred during the summer of 1982, 36 years ago. I was 17 years old between my junior and senior years of high school at Georgetown Prep, a rigorous, all-boys Catholic Jesuit high school in Rockville, Maryland. When my friends and I spent time together at parties on weekends, it was usually with friends from nearby Catholic all-girls high schools: Stone Ridge, Holy Child, Visitation, Immaculata, Holy Cross. Dr. Ford did not attend one of those schools. She attended an independent private school named Holton-Arms, and she was a year behind me. She and I did not travel in the same social circles. It is possible that we met at some point at some events, although I do not recall that.” Judge Brett Kavanaugh at Senate Judiciary Committee hearing.

For several years I co-facilitated groups on Family Violence Prevention, specifically working with men who batter.  The educational model centered around the dynamics of power and control in relationships.  As part of the curriculum, we explore belief systems that present one person as inferior to the other and as such may imply permission to abuse another person whether physically, verbally or emotionally.

One of the belief systems we addressed centered on the Christian teachings of the two Marys of the mentioned most New Testament. The belief dominates cultures based on strong Catholic traditions which include the Catholic Mariology dogma of a pure virgin, the Mother of God – Blessed Mother Mary.  The New Testament also highlights the story of Mary Magdalene, who according to tradition was a prostitute until she met Jesus Christ, and she became a vital figure in the community of believers.

During the educational sessions, our groups explored how these traditions are passed down through generations creating a belief that categorizes women in two roles; chaste, sober women as mothers and wives, while every other woman is of less value. One group of women is protected while the other is dehumanized. Strong language I know, but I think that during the past century we continue as a nation to figure out the boundaries and social norms in response to recognizing a women’s equal human rights.  I think the people in power feel threatened on many levels and in the effort to turn back the clock, we have lost that vision of justice for all.

It is my opinion that this deep-rooted belief system may be the reason why there is a detachment from the events in Judge Kavanaugh’s memories; the reason he has no recollection.  In his introductory statement, he mentions the kinds of girls he chose to socialize with, girls from other Catholic Schools in the area.  I’ll bet that these probably were also the daughters of his parents’ friends or the sisters of his “brothers” at Georgetown or Yale.  He added that Dr. Ford “did not travel in the same social circles.”  One could wonder if that perhaps that made Dr. Ford a “non-person” to young Billy Kavanaugh and his social group.

Point of View: Privilege or Tradition

My theory can explain why her name did not get noted in his calendar and why he says he does not remember.  We tend to keep memories that are important to us.  It was a significant memory for Dr. Christine Baisley Ford but not for Judge Kavanaugh or any of the others.  The others did not feel trapped or fear for their lives.  It seems that for the others at the gathering, it was as Dr. Ford described it, just like any other “spur of the moment” gathering at someone’s house.  The other teens may remember it vaguely one of many chances to have a few beers, and if one got “lucky,” maybe get a piece of a$*.  Dr. Ford’s friend, Leland Ingham Keyser, came forward in support of her friend although she didn’t remember the event. We don’t know what she experienced that day. There were, after all, enough “friends” left in the house for another “triangle” –two boys and a girl.

During his testimony, Judge Kavanaugh made excuses for underage drinking.  Reports say he lied about the drinking age in Maryland at the time of the incident in question. Various online news sources point out the law was changed seven months before he turned eighteen in January of 1983.  A couple of times he mentioned that seniors at Georgetown Prep could buy alcohol because they were of age, but didn’t own the fact that he was seventeen when enjoyed his beer.  Is his view based on privilege or traditions and beliefs that “Boys will be boys?”  He avoided many questions with indirect answers, and instead repeated practiced statements to take up time.  Do we remember that he had coaching sessions before the hearing?

The Family Violence Prevention program also had an educational unit that discussed how people use angry outbursts to intimidate and get situations under control and to turn in their favor.  We see that displayed with Judge Kavanaugh and Senator Lindsay Graham, who I believe had additional reasons for his show of unbridled rage.  Kavanaugh started the afternoon as I saw many men in our groups, angry, blaming others and indignant that they were accused of such terrible things.  I would have had more respect for him if he had at least owned the allegations from his friend or his roommate, that he drank severely and that these circumstances presented so often, it was difficult to tell one from the other.  Instead, he belittled his friends in an attempt to make their recollection of him void, without importance or significance.   One he described a drug addict and the other disgruntled roommate – so much for loyalty.

How about those tears?  Was he ashamed or remorseful?  I’ll bet, not because he hurt these women, but because his future and the persona he worked hard to create was getting challenged.  The world was learning about another side of Judge Kavanaugh.  I believe Mark Judge’s testimony is in his book Wasted: Tales of a GenX Drunk, in which he described what life was like in the elite schools in the suburbs of Maryland.  In it, he has a character named “Bart O’Kavanaugh.” As a writer, I rename any character based on a friend or family member.  I play around with the names, leaving clues for some readers to recognize the person.   I believe Mark Judge did the same but put little effort into concealing the name to protect the innocent.  I wonder why?

He was just a teenager in high school, a red-blooded young man in college, why does it matter now? Has it been an issue in his professional life before now?  Somehow the Judge Kavanaugh that we see now, managed to effectively play the game he was trained to win early on.  Could it be that his character was never questioned because he had the right credentials or the right pedigreed?  The current line of questioning centered on his professional experiences, until the allegations were made public.  After so many years in Washington DC, he was privy to the types of questions and then like a good athlete or debater, he began to practice and build muscle.  Besides the fact that there appears to be a cover-up of his character flaws, if we look back at his decisions in lower courts, we will notice patterns of consistent rulings or dissentions based on his beliefs and conservative politics.  In my opinion, they are not necessarily based on the merits of cases in front of him. 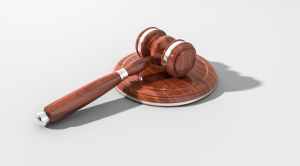 I will briefly summarize points that caught my eye as they pertain to issues that are important to me.

-He has demonstrated that he does not favor separation of church and state. A 2015 dissent indicating ACA infringes on religious freedom and that organizations should not be mandated to offer contraception to their employees.  He has suggested that he is open to widening the flow of public funding to religious schools and during a CNN appearance in 2000 he predicted that the court would one day uphold school vouchers.

– He wrote a 2016 opinion saying employers can require workers to waive their right to picket in arbitration agreements.

-In 2014 ruling over an EPA rule on toxic mercury from power plants, he wrote in a dissent that EPA had acted wrongly in not weighing costs when it first decided to write a regulation.

-He said the 2010 Dodd-Frank law had wrongly placed “enormous executive power” in the Consumer Financial Protection Bureau’s single director, which Republicans and the banking industry want to replace with a multi-member commission.

-In 1999 wrote on behalf of the Center for Equal Opportunity, a group that opposes race-based affirmative action in college admissions.

I believe our core-self develops early on.  Definitely, by high school, our personality and character can reflect how we deal with what life brings our way. I am a firm believer that people can change. We mature, we evolve we come to terms with our beliefs, our strengths, and weaknesses. We remove or replace behaviors and make modifications in our lives to become better persons.  Likewise, of course, some people go in the opposite direction based on personal experiences that negatively mark their lives, but I have found they live with hope to change.  In either direction, in order to improve, we must acknowledge there is a problem.  There must be something we want to change.

Will he be confirmed if nothing catastrophic shows up in the investigation this week?  All things are possible.  After all, DJT is President, MRP is his Vice President, and the country is littered with government-sponsored zoos that exhibit human children in cages for their safety.

Get out and vote on November 6th!

18 thoughts on “Why it Matters”