Alondra Elena Delopas sat on a swivel chair in her lanai listening to the rain as the winds picked up and thunder clapped in the distance.  Baby Girl lay with her legs sprawled but her nose pressed against the screen. She struggled to see what was moving in the conservation land that bordered the small condo-villa community where they lived.  If Baby Girl saw something coming closer, she jumped and whimpered excitedly thinking she would get a chance to run out to chase after it. 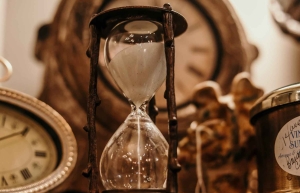 Alondra or “Lonnie,” as close friends and family called her, was having a rough week.  Today, clients canceled the only two appointments she had scheduled.  They didn’t want to look at houses in a storm; maybe they just weren’t ready. It’s happened before.  She usually found listening to the rain soothing, but today, the stormy tropical weather didn’t help her mood. She felt tired, cold and lonely.  She went back inside to read but couldn’t wrap her head around on another “kick your business into high gear” self-help book.  She turned to the mindlessness of surfing the net on her phone where she found the same stories, memes, and jokes all over again.

One story caught her eye.  It was another of those stories where old friends from high school find each other and decide to spend the rest of their days making up for lost time.  All of it made possible through the magic of social media.  The funny thing is that she recently had been thinking about her friend Bobby from high school. They had been in school together since seventh grade.  She’d adored him during high school and college but never in a romantic way.  Outside of school, they were part of the same social group from church, and they worked at the same summer jobs. Bobby and Lonnie enjoyed a lot of the same things, and she liked hanging out with him.  He was smart, witty, and amusing; they could talk for hours even when everyone else had gone.  Bobby had introduced Lonnie to her boyfriend Harry, and he started dating Bernice.

Many years later a co-worker told her that it was impossible for men and woman to be “just friends.”  She had started to argue the point by bringing up her friendship with Bobby, but before she opened her mouth, saw a memory flash before her.  It was a crisp autumn day in Upstate New York when Bobby’s parents invited her to drive with them when he returned to the State College after the break.

Trip Back to School

It was a two-hour ride, and his parents had made plans to stop at their friend’s house for lunch along the way.  Afterward, while they waited for his parents to finish their visit, Bobby and Lonnie went for a walk in the wooded land behind the house.  They chatted talked and laughed like so many times before, but in some way, Alondra sensed that it was not a day like every other.  At times she could be intuitive and sensitive to subtle changes in her surroundings. There seemed to be something in the air made her feel obligated to comment that it was too bad that Bernice could not come along.  She believed Bernice would have enjoyed the beautiful landscape dressed for the fall.  Bobby quietly agreed, and they walked on.

They stopped on a small wooden bridge as they crossed over the swollen creek.  A burst of cold air made Alondra regret that she had left her jacket back at the house.   Bobby stepped closer and put his arm timidly around her shoulder.  She felt his face so close to hers, and then as he gently turned her toward him, she felt his soft lips lightly brush hers.  Her immediate impulse was to push him away.  “What are you doing?” she reprimanded.   The hurt in his loving eyes pierced her heart, and she took his face in her hands and looked tenderly into his gentle mismatched eyes, one blue, and one hazel.  She told him she was crazy about him, how could she not; he was her dearest friend, but they couldn’t do this to Bernice.  Bobby nodded in agreement, and they started to walk back to the house in silence.

Awkward quiet moments always made Alondra respond with humor.  She elbowed Bobby in the ribs now and said jokingly that the bridge must have been bewitched because she had felt something strange too.  He sheepishly chuckled and added that without a doubt the setting was perfect for a romantic moment.  “What were we thinking? “  They said in unison, which caused them to laugh again and end the uncomfortable moment.  When they got back, his parents were ready to continue the trip.   At his dorm, they said their goodbyes as old friends do.  They promised to stay in touch and would see each other when he got back at his next school break.  And so it was until she left the state.  Their friendship survived.

That’s What Friends are For

Alondra never told Bobby of her conversation with Bernice several weeks prior.  Bernice told Alondra that she was feeling insecure about her relationship with Bobby.  She confessed that she wondered if Bobby, by spending so much time alone with Lonnie was feeling an attraction beyond friendship.  “You know, you are cute, petite and always dressed nice. Maybe…”   the words were left hanging in the air.  Alondra looked at her friend as if with disbelief.  First of all, Alondra considered herself too short and was often frustrated with her thick and wavy brown hair. Although she filled her clothes in all the right places, they were just hand-me-downs from her older cousin which she had adapted with accessories and trims from the five and dime so that they looked more age appropriate.

Bernice had powder blue eyes and baby fine blond hair that she always wore straight down as was the norm among their group.  She was tall and lanky; sometimes it seemed that she was still getting used to her young-adult body.  Alondra found the whole idea absurd and pooh-poohed Bernice’s fears.  Although she and Bobby never spoke of such things, Alondra reassured Bernice that Bobby loved her; that he was just a supportive friend who didn’t want Lonnie to deal with her recent break-up alone.

On her way home from State College with Mr. and Mrs. Smith, Alondra played that conversation over in her head.  She didn’t see it coming but did Bernice know anything before. The incident was never spoken of again by anyone.

Alondra didn’t know if it was the rough week that just past combined with the dreary, stormy weather that made her feel vulnerable enough to want to reach out to her old friend.  She had to admit that after that day in the woods, the “what if” would haunt her now and then.  Lonnie got a cup of tea and found herself searching Facebook profiles for Robert James Smith from Brooklyn, NY. She quickly became overwhelmed by the number of profiles with the same name all over the world.  She scolded herself and gave up the search. “This is ridiculous.  I will not be that person.”

Alondra Elena Delopas was not one to let a life lesson slip by.  Her life experiences had taught her that.  She remembered from somewhere a suggestion that moments stay in our memories so that we could retrieve their message when we need them.  She was sure these vivid memories of her friendship with Bobby came back to her so vividly for a reason now. Maybe, she thought, it was merely to confirm that Karma is a b!+@h.   “Hum,” she thought. “so this is what it feels like?”

Indeed the story seems familiar, almost too fresh in her memory. It seemed played out in reverse with older actors.  As she considered the analogy, she realized that her friend Nan was right when she paraphrased Gabriel Garcia Marquez. “Just because someone doesn’t love you the way you want, doesn’t mean they don’t love you with all they have to give.”  Remembering her platonic love for Bobby helped her understand what confused her for years.  Remembering her relationship with Bobby was the missing piece of the puzzle.  As she accepted this truth, she let go of the pain and hurt.  She became aware that there was nothing to forgive. At that moment, she chose to remember the good times, the adventures, even the caring and affection.

Alondra Elena Delopas realized that she had been more fortunate than most. Love is meant to be shared, offered expecting nothing in return. She had shared something special and given her love more than once. Each time in a different way, with a different purpose and intensity but authentic, it was a true love.  No one could say differently.

A couple of years later she felt that restlessness to try to find Bobby again.  For the sake of their friendship, she wanted to connect to see how his life had turned out.  She found him and wrote a letter that she never sent.

4 thoughts on “Just Friends, For all Time”

A journey of self